Anyone who’s watched a child run free in a forest or play in a stream doesn’t need a research study to tell them that spending time in nature is good for kids’ health.

“It’s something that most parents know intuitively. When kids have the chance to play free in nature, they’re happier, better behaved, and more connected socially,” said Carolyn Schuyler, founder and executive director of Wildrock, a nature play and discovery center in Virginia.

Most adults know that nature is good for them too — that’s why we often leave behind the stress of work to vacation in beautiful, natural places.

But how much time in nature do we need to be healthier?

A group led by researchers in the United Kingdom tried to answer that question, in what they describe as a first step toward coming up with a nature version of national physical activity guidelinesTrusted Source.

How much time in nature do you need?

In the study published today, researchers surveyed more than 19,000 people in the United Kingdom about the recreational time they spent in nature during the past week, along with their self-reported health and well-being.

They found that people who spent at least 120 minutes a week in nature saw a boost in their mental and physical health, compared to people who didn’t spend any time in nature.

The researchers say the size of the health benefits was similar to what people would get by meeting the guidelines for physical activity.

The benefits, though, were fairly small, accounting for only 1 percent of the differences between the different nature-time levels.

However, it didn’t matter how or where people racked up the 120 minutes — many short walks near home were just as effective as a longer hike on the weekend at a park.

The researchers point out that this is just a first step toward being able to recommend that people spend a certain amount of time each week in nature.

Other research, though, has shown that even small bouts in nature can provide health benefits.

In one study, people who exercised for just five minutes in nature saw boosts to their self-esteem and mood.

Schuyler sees this kind of quick transformation at Wildrock, even among adults with very stressful jobs.

“After an hour of being in nature, they’re laughing, foraging, and collecting things like they were 5 years old,” she said.

Nature guidelines are a good start

Jessica Moutenot-Small, MA, MFT, a psychotherapist in Charlottesville, Virginia, said any nature guidelines should emphasize that these are minimum amounts, and that people will benefit more with greater time in nature.

But she said, worded properly, they “can help people understand that they don’t have to go on a weekend kayaking trip to have health benefits.”

Schuyler agreed: “If you have access to a park with a couple of trees and you have 15 minutes — go! Because you will benefit.”

Patricia H Hasbach, PhD, a licensed psychotherapist and ecotherapist in Eugene, Oregon, said her work with clients goes beyond just talking about how much time they spend in nature.

“From a psychological point of view, much of what is helpful is recognizing the relationship and the interactions between the patient and nature,” she said.

People who live in natural areas may already know that nature is good for them and quickly bring that into their healing. But some people may need more guidance.

“You can suggest that people need to be outside,” said Hasbach. “But what I find is that for some people, we have to be much more directive, in terms of making a ‘nature prescription.’”

This may include asking clients to use all their senses while in nature, such as noticing things like a bird flying by, leaves rustling or the scent of flowers.

Some of the health benefits of nature are due to people getting more physical activity when they are outside.

But research shows that even sitting still in nature — as with Japanese “forest bathing”Trusted Source — can improve health.

These benefits, though, only show up if you put down your smartphone and give nature your full attention, whether it’s a breathtaking view of the Grand Canyon or a tree near your apartment.

Moutenot-Small said, “If you step into a relationship with a tree on a sidewalk in a mindful, conscious way — taking some deep breaths and being present under the canopy of the tree — you are going to get a much greater benefit from that interaction.”

There may be an even more ancient reason for why nature is healing.

Being indoors most of the time or looking at a computer or smartphone are relatively new activities for humans and our ancestors, especially compared to the millions of years we spent outside.

“We evolved in nature,” said Schuyler. “It just makes sense that given this is how human beings evolved — and that we are part of nature — that we would do better when we aren’t away from it.” 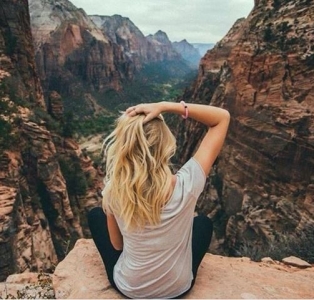 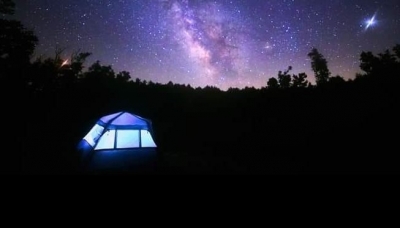